On Monday (September 7), the day that Peter Schiff’s son decided to increase his BTC holdings, Bitcoin has managed to stay above the psychologically important $10,000 level (except for one 65-minute interval).

All market data used in this article was taken from CryptoCompare around 20:30 UTC on 7 September 2020.

To give you a rough idea of how well the crypto market is doing today, only one of the top twenty cryptoassets (by market cap)—Bitcoin SV (BSV)—is currently in the green (i.e. up against USD).

The Crypto Fear & Greed Index, which is based on an analysis of “emotions and sentiments from different sources”, is currently telling us that we are in “Fear” category: 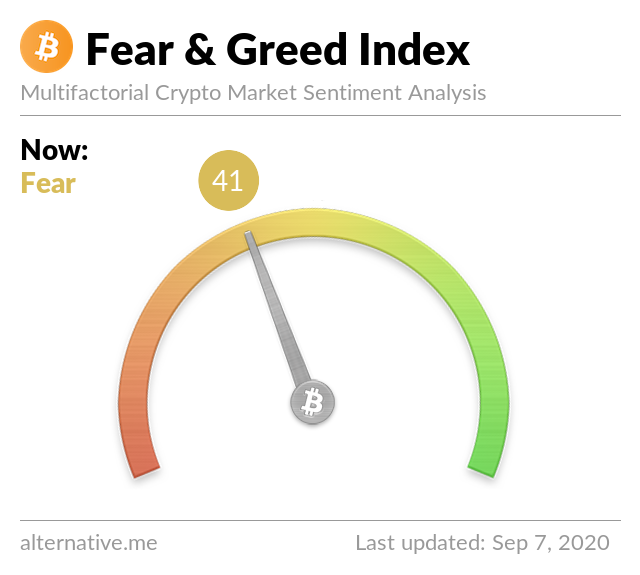 In case you are wondering where Bitcoin is headed next, as any honest analyst would tell you, it is impossible to know for sure, but it is worth keeping in mind that the U.S. stock market was closed today because of the Labor Day holiday. If U.S. equities have any really bad days this week, Bitcoin’s moderately positive correlation with the S&P 500 during times of stress is likely to return.

Interestingly, earlier today, famous gold bug Peter Schiff, who is one of Bitcoins harshest critics, said that his 18-year-old son Spencer (@SchiffSpencer)—who is a fan of Bitcoin due to his Libertarian views and his interest in Austrian economics—had just bought more Bitcoin.

In the same tweet, he is conducting a Twitter poll to see whose investment advice the community trusts more, him or his son. With 42,260 votes cast so far, his son is ahead 81.2% to 18.8%:

Featured Image by “WorldSpectrum” via Pixabay.com

$ADA: There Are Currently 1,146 Projects Building on Cardano